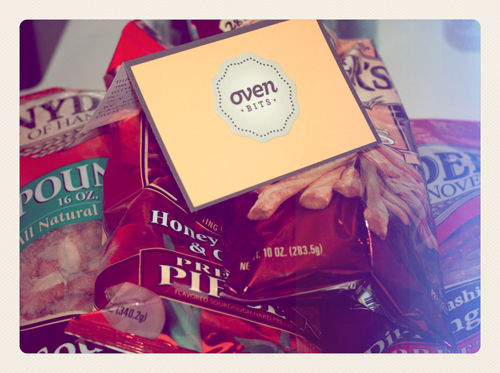 I’ve just had a knock at the door from a lovely UPS man, who handed me a large box from the USA. I open it up to find it’s a box of goodies from my friends at OvenBits, who I’ve been working with the past year on the UI for the web, iPhone & iPad of “Beyond the Shock”. It’s been an absolute blast, we’ve worked seamlessly across continents, even across 2 team members (myself included) getting married and honeymooning – every step of the way it’s been such a pleasure to be a part of such a talented team, and a fantastic work ethic from OvenBits – they were always the one chasing me for invoices, rather than the other way around, which was so refreshing.

Now, I must have said, at some point over the year that I love Snyders Pretzels, I cannot get enough of them when I go to the States, and now, a huge box of my favourite treats has just arrived. Thank you all so much.