Building the new You Know Who website and updating the logo. 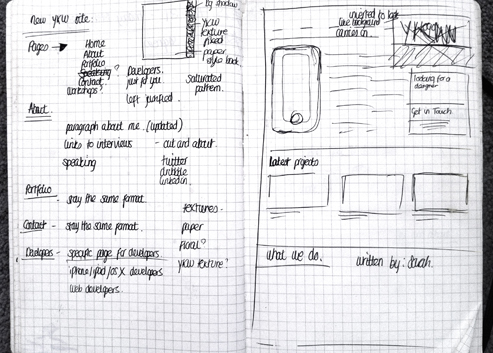 The You Know Who website has been a real labour of love since January. We all know how it gets, you get busy with client stuff and you have to fit your own bits and pieces around downtime or weekends.

The old site was in need of a massive overhaul, and I wasn’t happy with the logo either. I went through lots of logo iterations before I finally realised, Candy Script and I had to call it a day. It is a great font, but it just wasn’t portraying the right kind of feel for me.

N.B. I’m eternally thankful to that little font though, as bizarrely, it’s what put me in touch with Carsonified all those years ago. Lots of people commented on how both of our logos used similar fonts, infact they used the same font and it was by pure coincidence, however, it put Carsonified on my radar and I’ve been friends with them ever since.

You Know Who has come a long way since I started the studio in 2003. The first logo we had was a mixture of Kabel bold and light with a quirky slanted question mark. It was fine, it did us well for a few years and was recognisable. Then in 2007, we rebranded to get rid of that awful slanted question mark that caused so many layout problems, and went to Candy Script with a little bit of customisation in Illustrator. In 2009 I began to feel unhappy with this too, I realised that with a quirky name such as “You Know Who” you can’t go too serious but I did feel the need to step it up a gear, which is the logo you now see today. It’s worlds apart from what we’ve had before and I love it.

Tackling the website was an entirely different hurdle, time constraints were mainly the problem for me as I just never seemed to have enough time to sit down and get anything finished, and by the time I did – I didn’t like what I had done before.

Over many evenings and weekends, I actually got the new site to 80% finished and realised that it wasn’t very me. Despite the studio being made up of a select group of freelancers who I use again and again on specific projects, the studio has my name very much associated with it, and I wanted it to reflect some of my personality too, which the design before the one you see today, just wasn’t doing. It was busy, it seemed a little generic and not worlds apart from the site I was trying to update. I left it brewing in my “websites” folder, mulled it over and got married.

Whilst on honeymoon, we went to a beautiful restaurant in Hollywood called Dominicks – as we were eating I noticed a lovely postcard slipped behind the bottle of wine. I instantly fell in love with it and decided to use it as inspiration for my new site design. 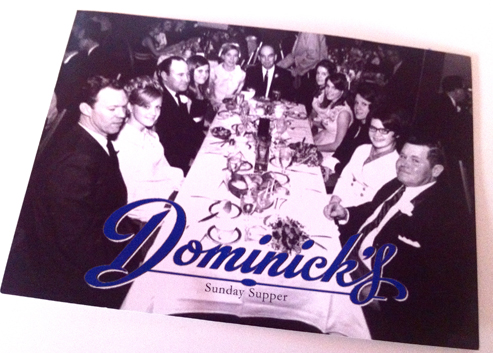 I know the vintage thing is very “in” right now, but I have a genuine love for everything like that, my house, especially my office, is very shabby chic/vintage and it made complete sense to make my online “house” reflect a bit of who I am and what I love. I decided to roll with it. Some might say, the clash of vintage with iOS4 and bang up to date technology, would be a weird pairing, they would probably be right, but what is the point of being cookie cutter and making the site another Apple-looking rip off?

So, £200 worth of vintage Getty stock photographs later, I was inspired, happy and making more progress than I had done all year. I want the site to have personality, but be professional. I also wanted to provide as much information for new clients as possible as well as giving them a feel for how I work and what to expect. I also needed to get various other bits into my “about” section and just neaten that up a whole lot. 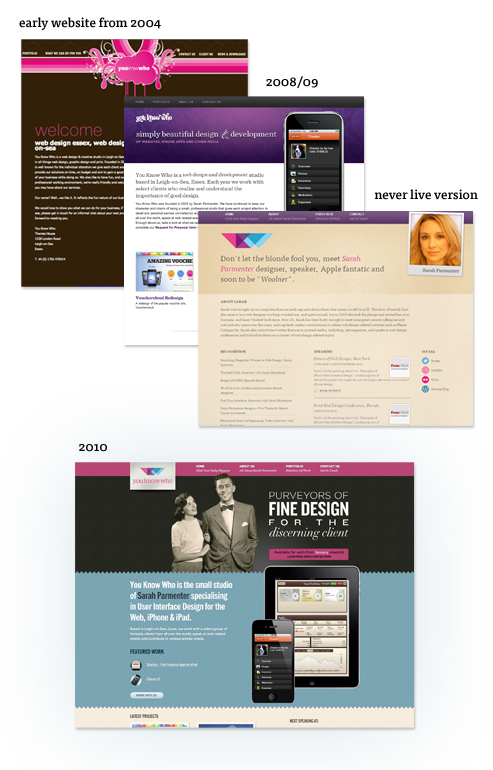 The same went for the portfolio. I personally prefer portfolios where I don’t have to click from lots of thumbnails into individual images, I like to get a feel for a portfolio as a whole and so decided to stick with the single page format that I had previously.

Of course, the whole backbone to the site is ExpressionEngine, something I’ve been learning on the fly but have always been exceptionally happy with. ExpressionEngine requires a different type of coding to regular HTML/CSS in the form of lots of curly brackets sprinkled amongst your code. These curly brackets are pulling in all the data on the homepage, the portfolio, speaking gigs and reading material in date order, so the newest stuff always gets pushed to the front, without me having to touch any of the HTML/CSS templates I have designed. This is great for keeping your site up to date when you have a spare 5 minutes.

Whilst looking at typography for the site, I had my sights set on FF Dagny via Typekit and whilst listening to The Big Web Show (Episode 18) one week, they featured Roger Black from WebType who have a long standing favourite of mine, ITC Franklin Condensed, which went perfectly with the vintage theme. I dabbled with Serif fonts for the main body but ultimately went with a Sans Serif because it looked neater on the page and, in my opinion, worked better, especially for some of the smaller elements of the page.

The site is by no means finished, I’ve still got iPad and iPhone specific versions to get sorted, but it’s a lot easier when there is already a live version to work from. I also have some work to do in ie6 & 7 as there are some bugs in there, but since they make up less than 0.6% of my user base, I felt I could launch without initially worrying too much.