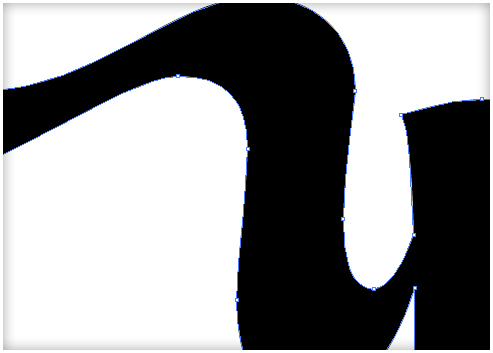 Over Christmas I’ve been a busy bee, not just with work but with some personal bits and pieces too. So after someone called the You Know Who website “Pretty”, I’ve been thinking of ways to refresh the brand and the site so that it’s not so “girly” and a bit more focused.

The first stop was the logo, now with a name like You Know Who you can’t really go too serious, it doesn’t fit – that’d be like having ‘Buckingham Palace’ written in Comic Sans, the two just don’t go. About 3 years ago I redesigned the logo to be a bit more fun (the old was Kabel and Kabel Bold, that’s how adventurous I was back then!) but recently I’ve been looking at it and realising it doesn’t “balance” very well, there was something about it that was a bit visually jarring to me so I sat down and looked about refreshing the logo using a mixture of ligatures and hand drawn curves to give it a bit more flow visual interest. 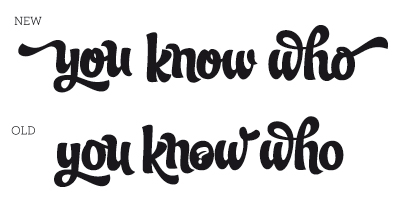 Not a million miles apart, I got rid of the gimmicky question mark as it never became a “stamp” as I had hoped I would use it, it just never made sense to use part of an “o” with a question mark in it as it wouldn’t be recognisable. I bought some characters much closer together, joined up others and generally gave it a bit of a tidy. I’m happy with the result and in the end, no drastic new fonts or change of logo entirely as I had originally anticipated.